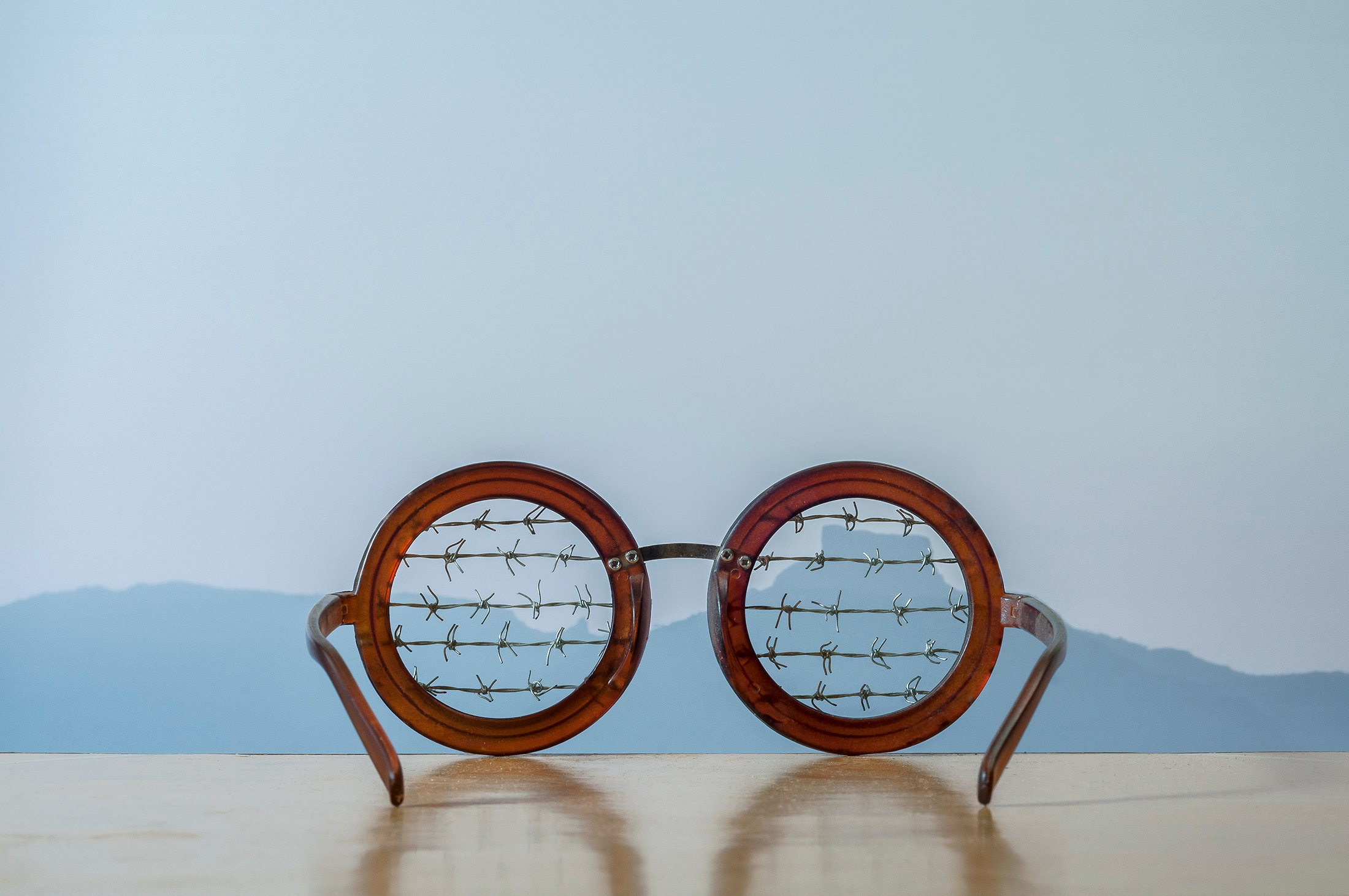 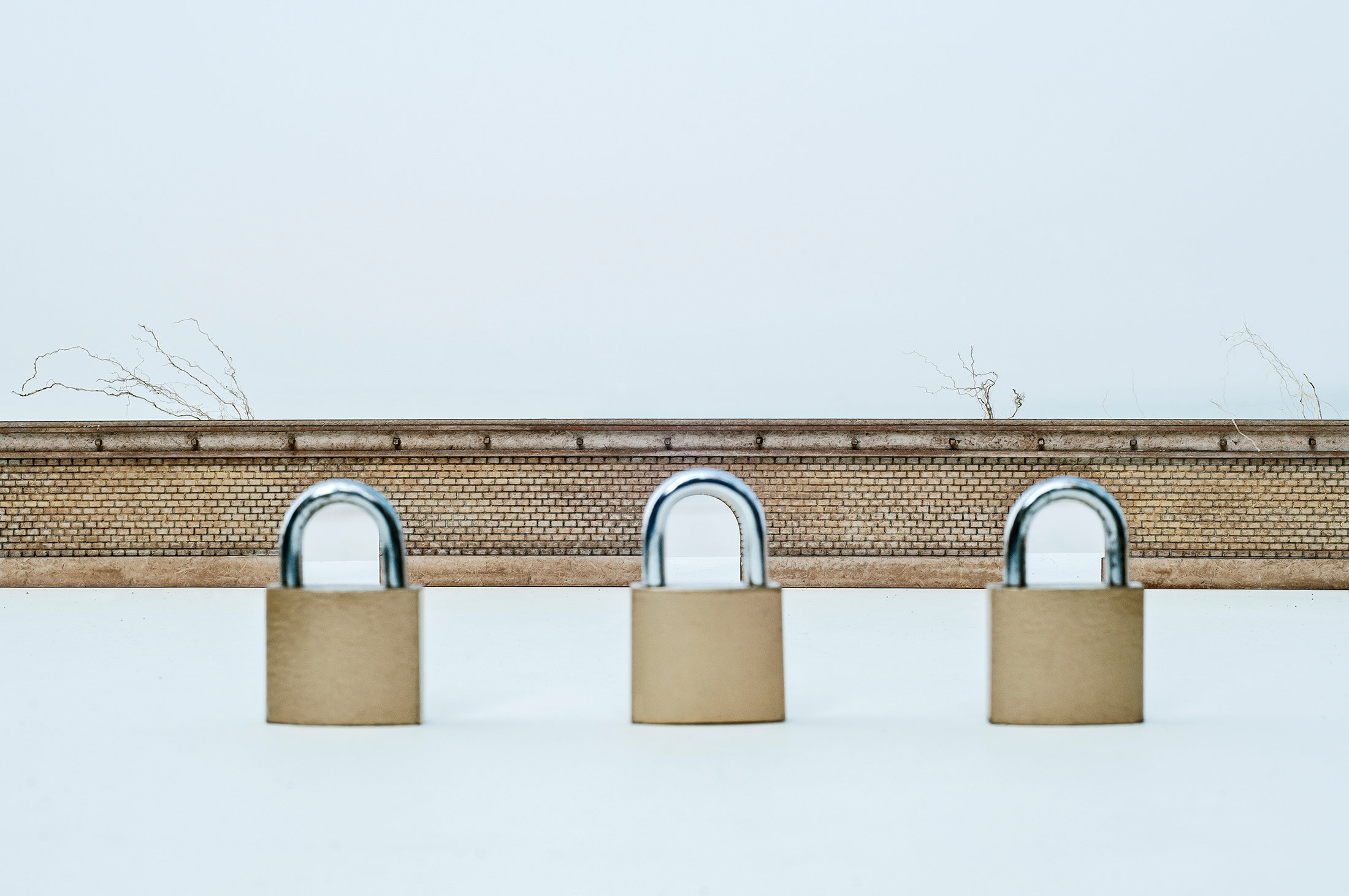 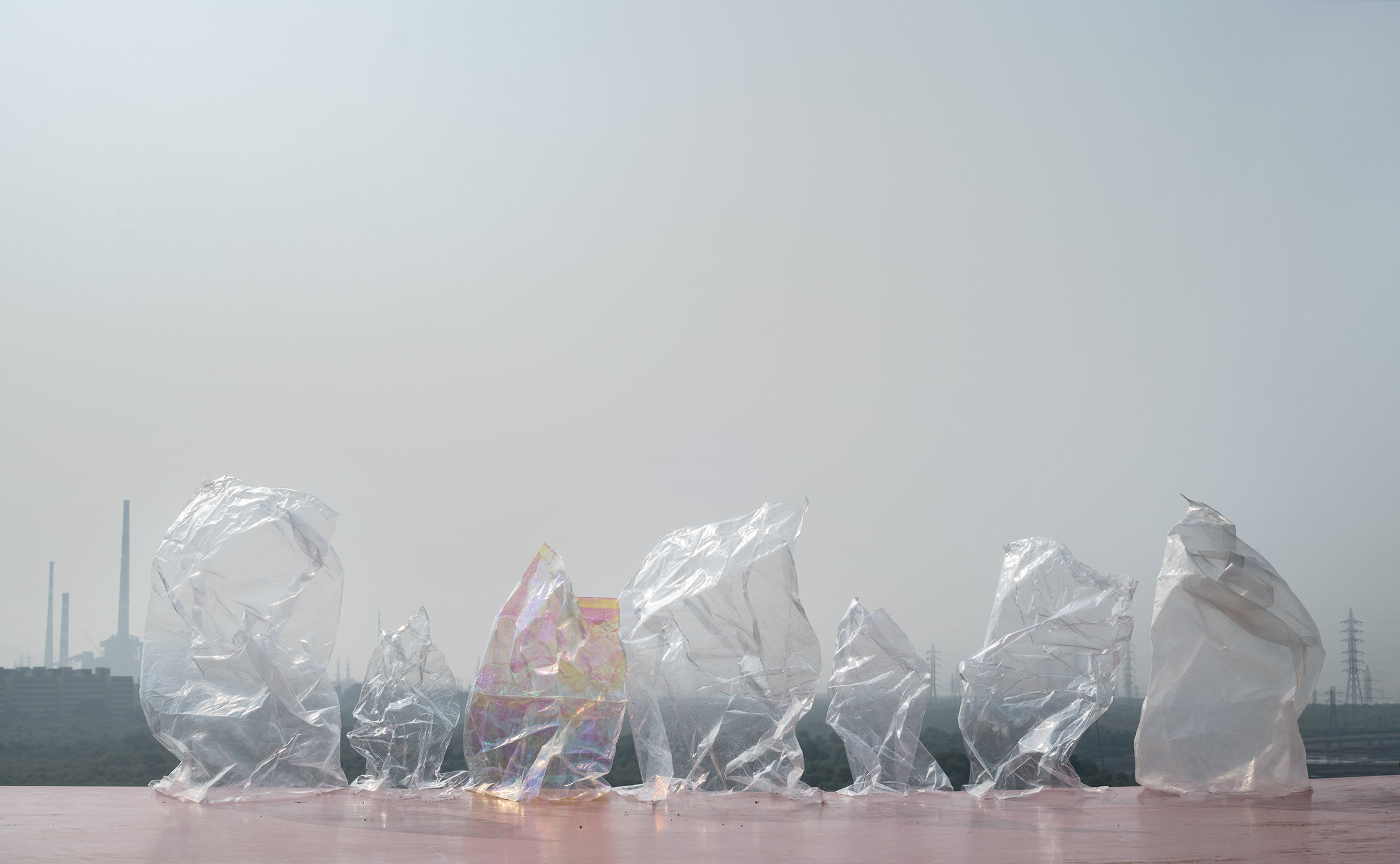 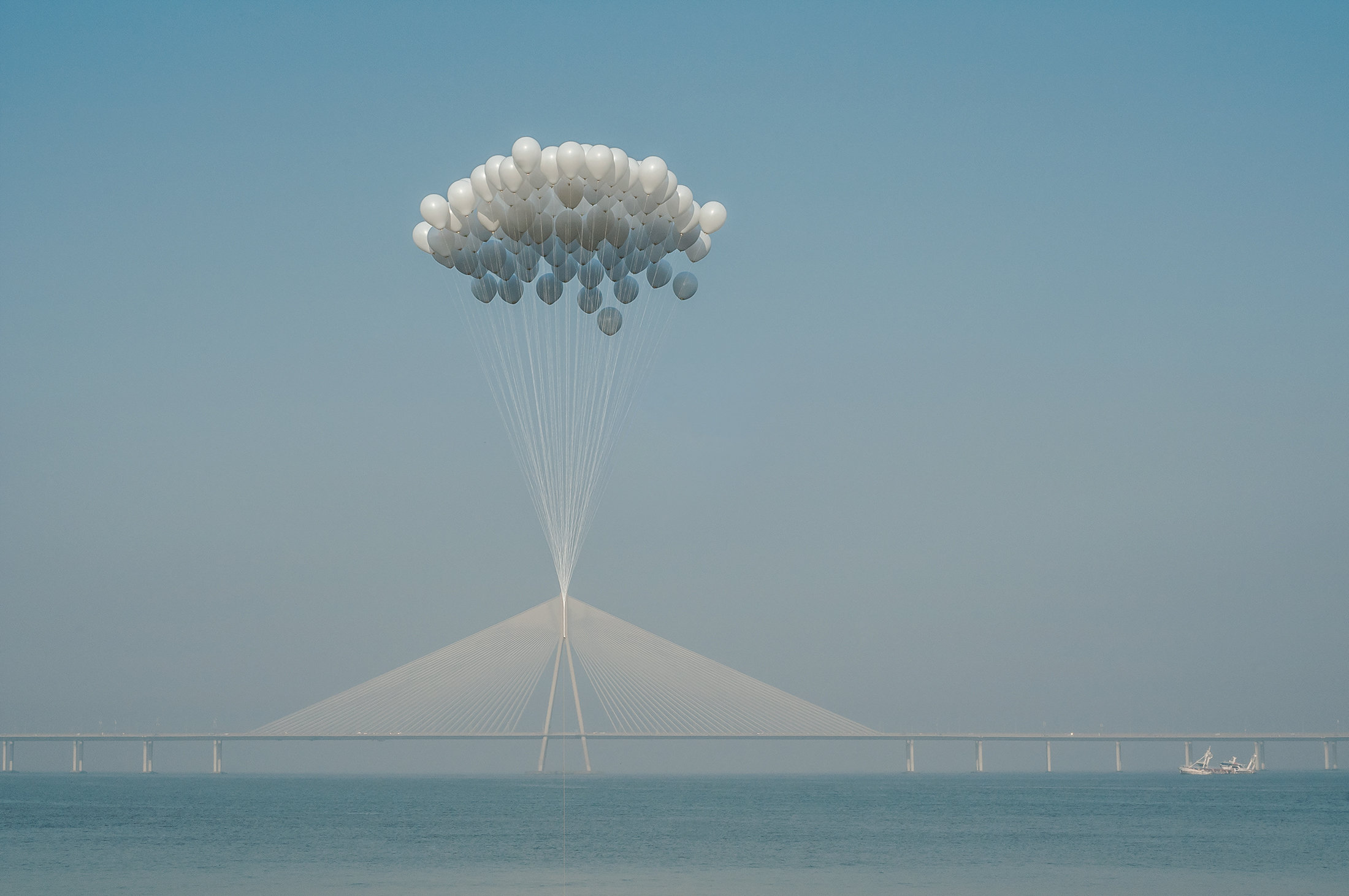 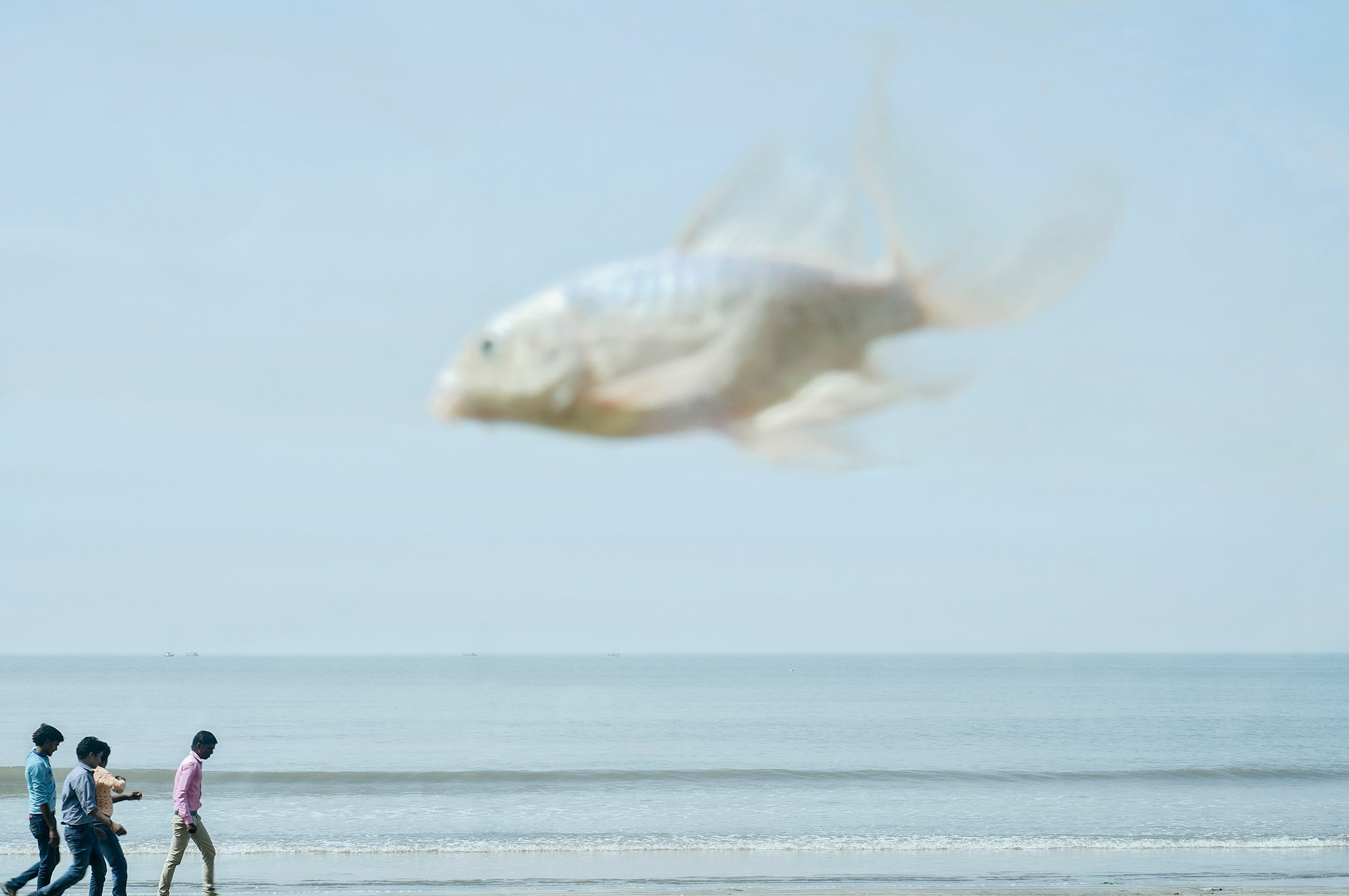 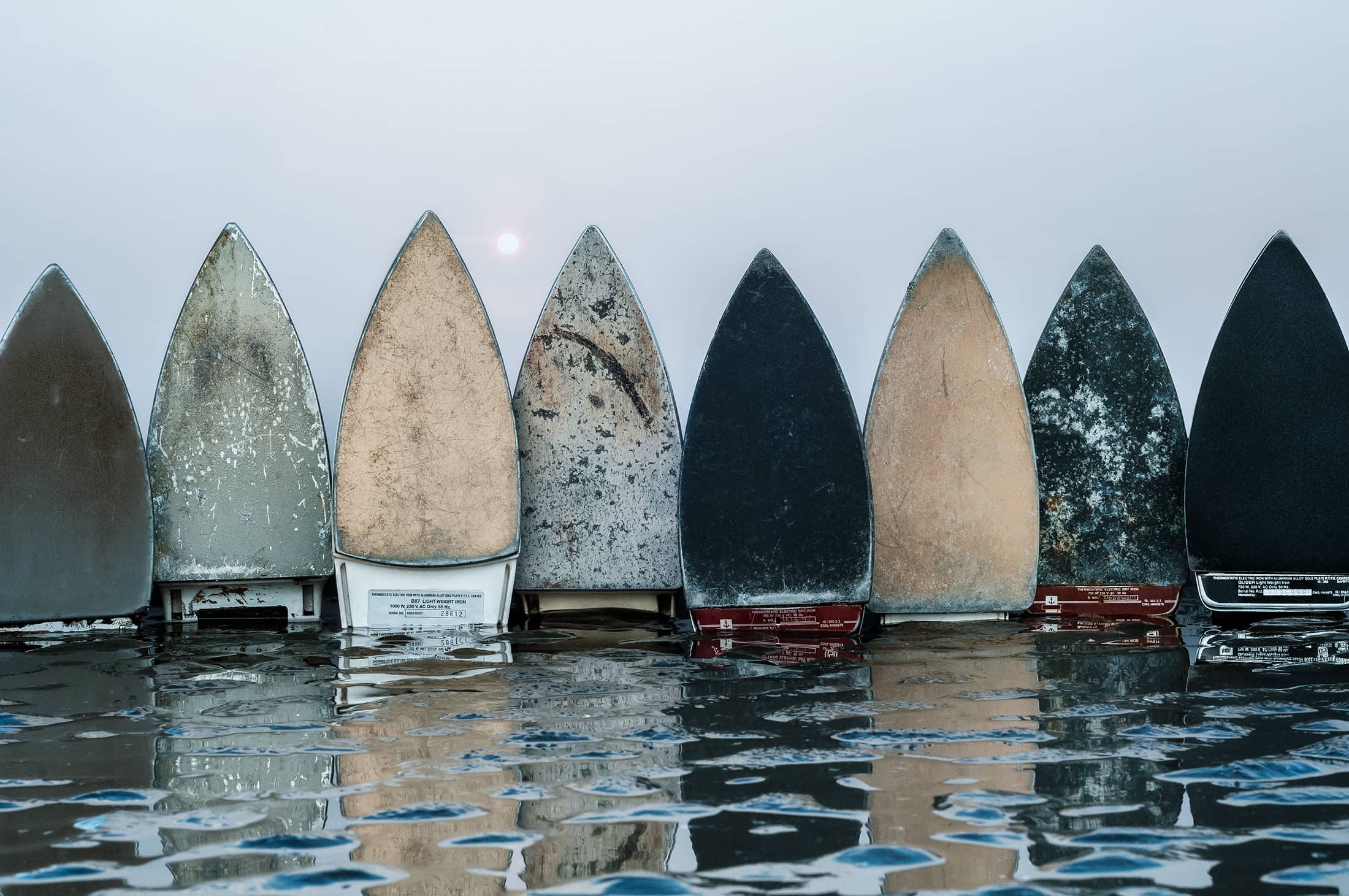 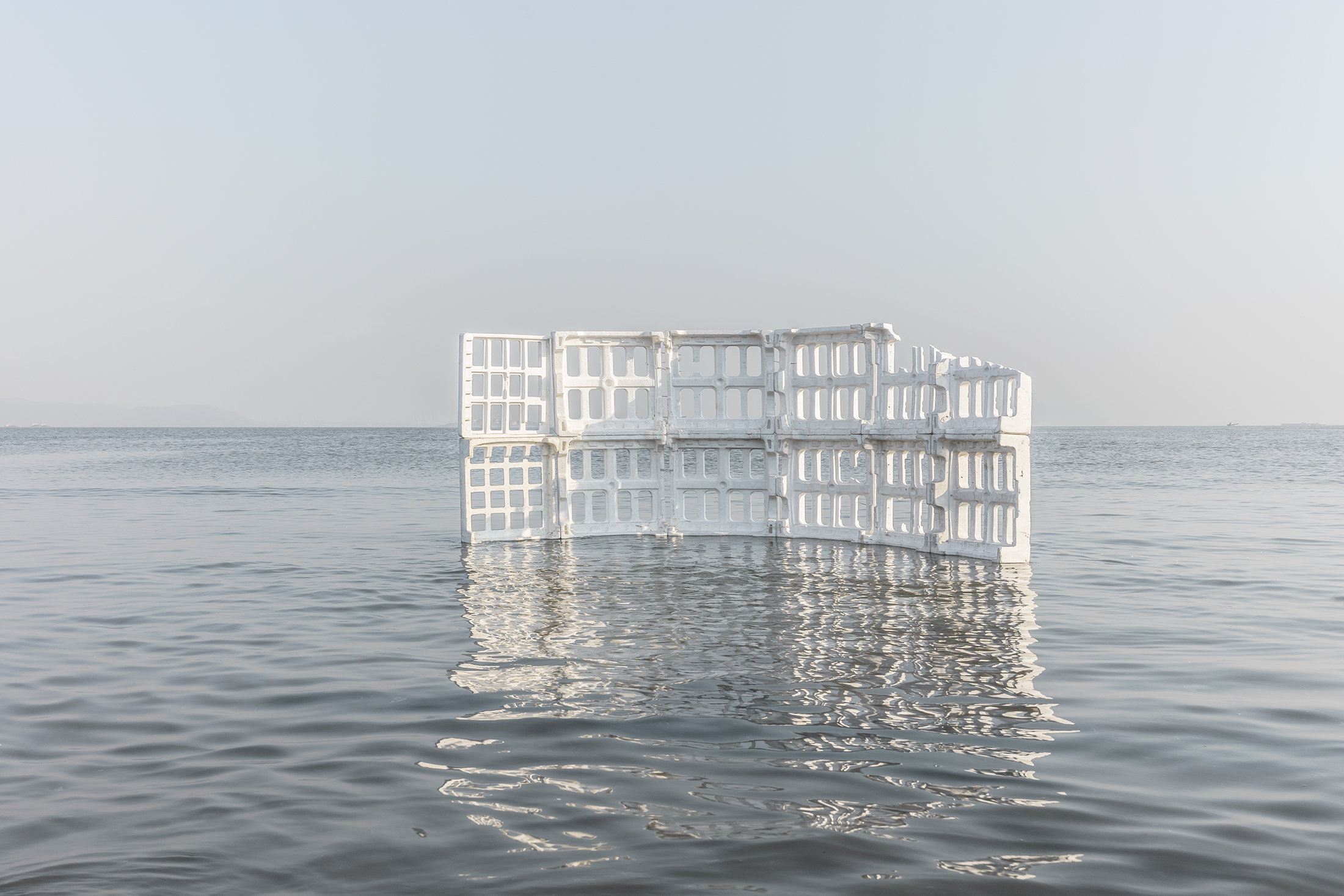 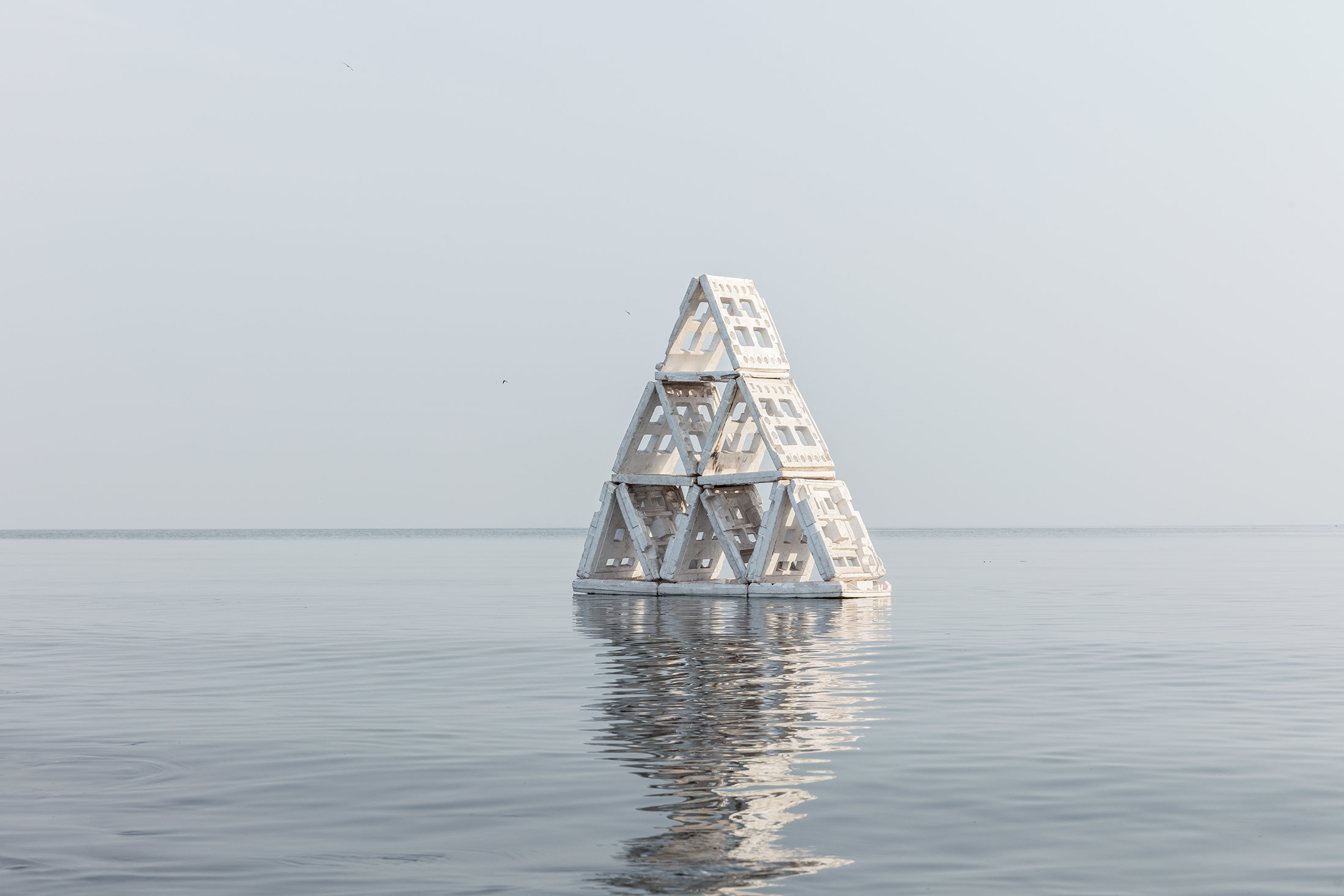 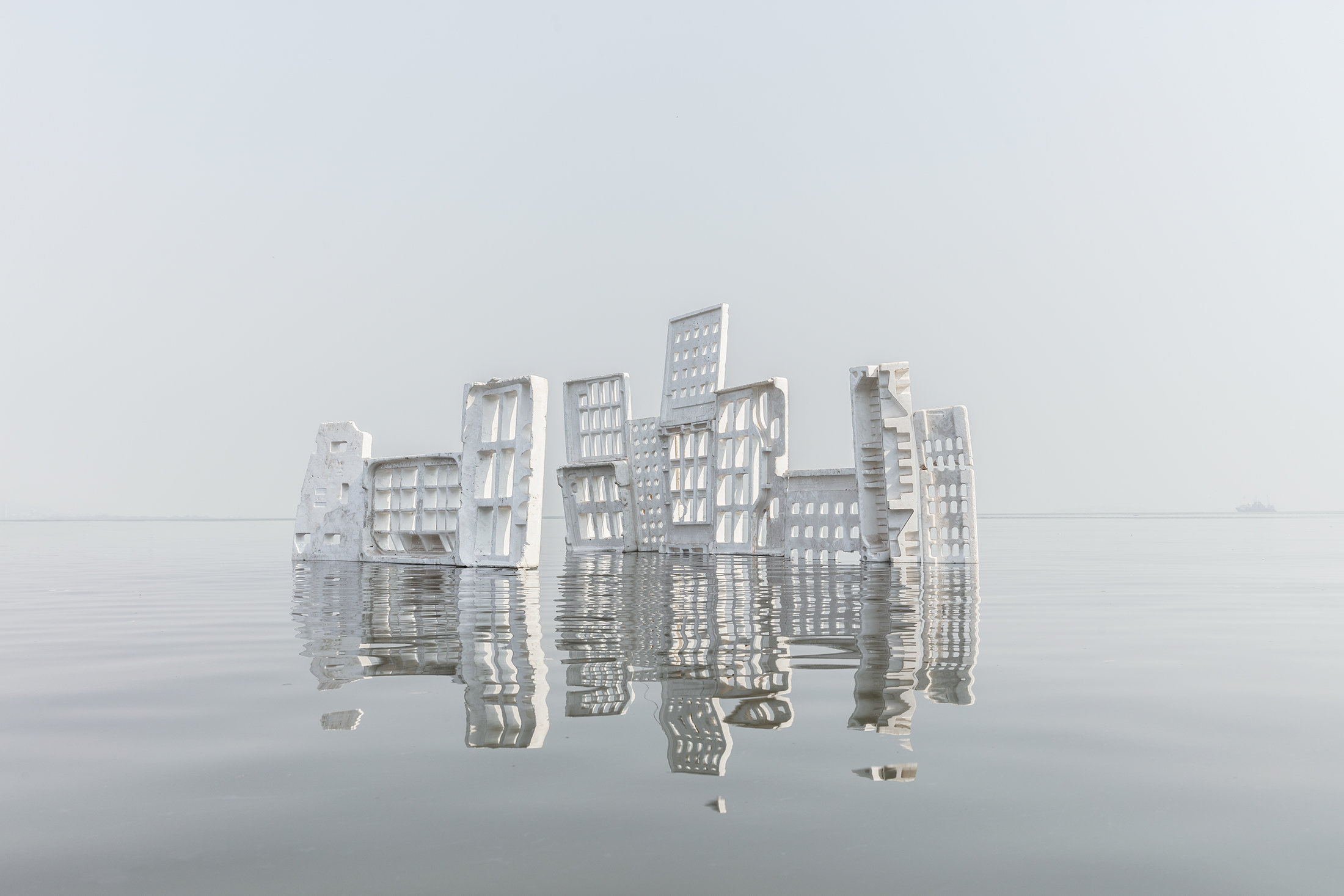 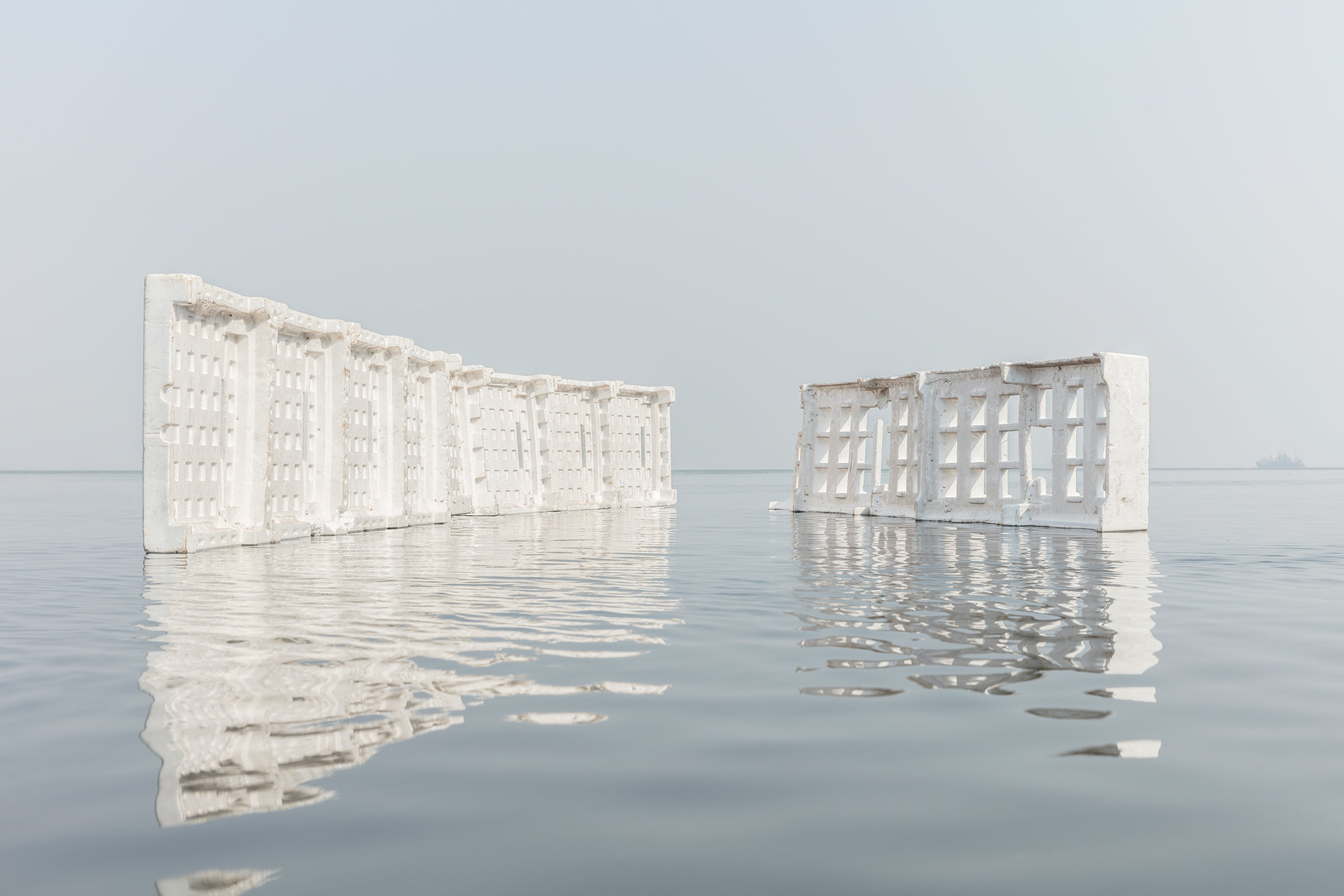 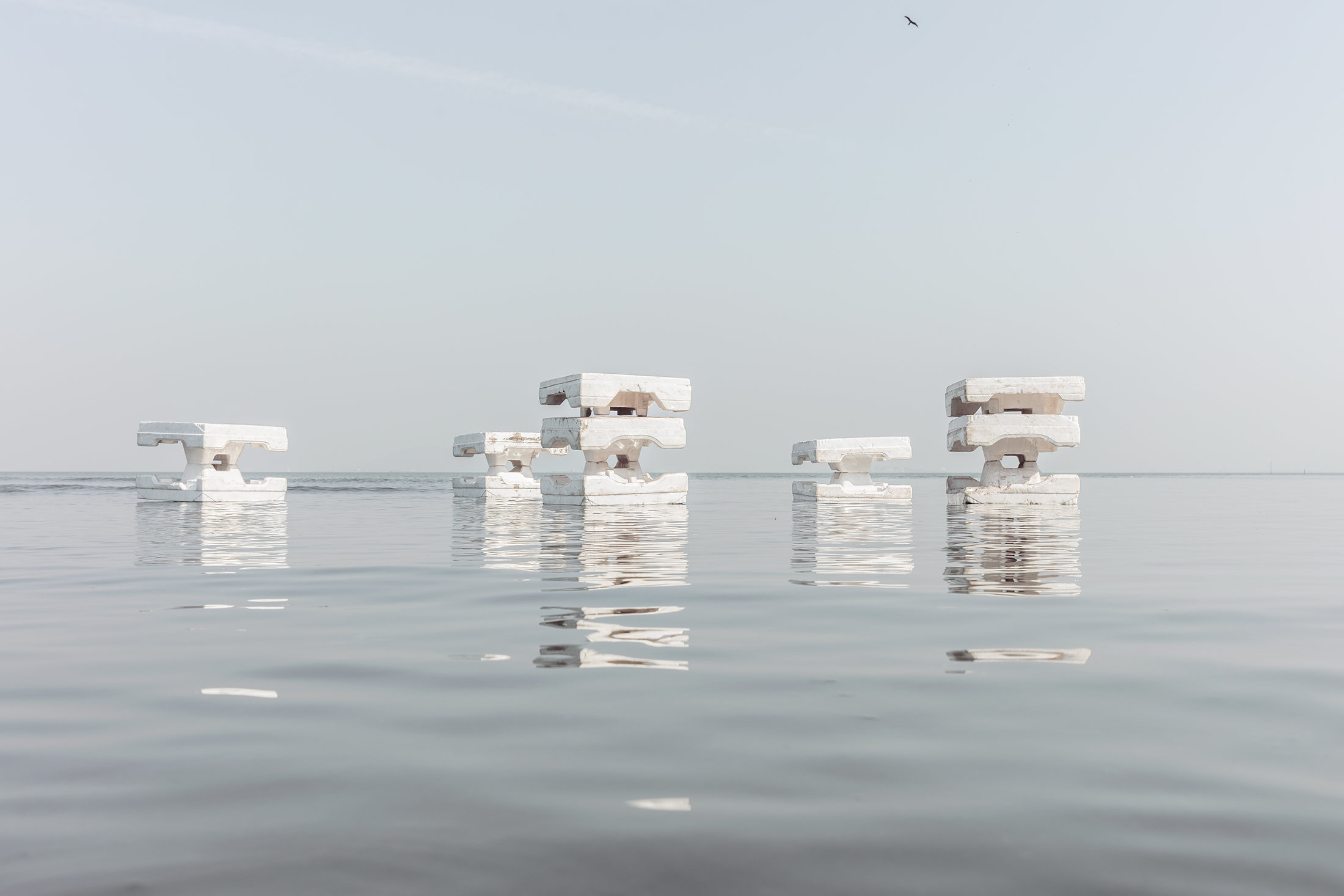 Known for series such as Miracle Robots and Daydreaming Sameer Tawde is a visual artist and photographer currently based in Mumbai, India.

In 2013 and 2014, he was invited for an artist residency at the FUKUOKA ASIAN ART MUSEUM, Japan and MUSEUM QUAI BRANLY, Paris. In 2012, he was nominated for the Paul Huf Award. His works largely involve humor and play with a fictional approach and are often interlaced with a documentary and an imaginary eye.

"Holy Boulevard, is a series of serene, quiet, peaceful constructions built on the ocean. Space has been of great fascination to me; growing up in a crowded city like Mumbai, I have always wanted to create a utopian world. And when I create these structures, I feel an extension of myself coming alive in the form of an image.

The ocean is an integral part of this series because I have grown up watching the seas and it is the endlessness, the quietness, and the vastness of these waters, which has inspired me to visualize the spaces and create them. They are pleasing to the eye and I wanted to create a dreamlike space while photographing this built environment in the ocean. However, these structures themselves are made out of a huge set of discarded packaging materials, which are highly toxic and non-biodegradable and most of it ends up in landfills and also in the seas.

In social terms, manmade environment is considered the ultimate development for humans. Though I am creating this Utopia, I am also giving a satirical commentary on the utopia of our society, thus reflecting on the relationship we humans have with our environment."

"This work is based on the opposing concept of the real and the imaginary.
On one hand, it does a social, political and environmental commentary and on the other, it elopes the current scenario to pursue the fantasy world.

I create these images by using everyday objects and settings, where the space or the overall scenario is reflected in defamiliarizing ways.

I draw attention to the separation and sometimes alienation, between the self and the outside world. My attempt is to suggest new paths of connecting human beings to their infrastructure and environment.

In addition to showing of everyday objects and situations in novel routes, “Dialogues of an Introvert” also centers around illusions and this is achieved with an approach of making miniature sets, sculptures, backgrounds and also setting up life size installations on the locations to create these images.

In short, it is my take on the human psyche; while observing the present and also suggesting innovative practices of reflecting the future."